A CAMPAIGN group is conducting daily walks up Westmount Road to gather information before the States debate whether it should be made the primary access route for the planned new hospital. 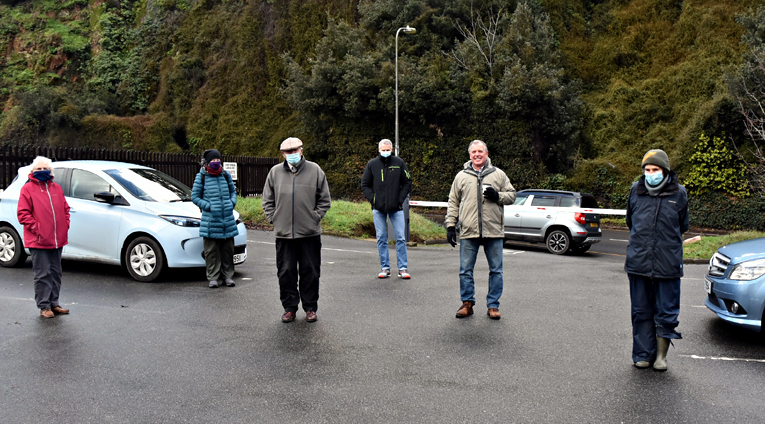 The Friends of Our New Hospital, who have been outspoken on the site selection process for the £800 million hospital to be built at Overdale, start walking at 11am each day from the People’s Park and will keep doing so until 4 February – just days before the States consider the proposition.

One of the group organisers, Mary Venturini, is leading the daily walks and says that they look for ‘everything and anything’ that could help inform the proposition.

‘The information we are interested in is the access road itself, the residential housing along the way, the fields, places of historic interest and the environment of this beautiful outlook over the south coast of the Island,’ she said. ‘We are gathering lots of information and a gallery of very interesting photos.

‘I see more and more every time I go up there, and when people join us I get to see things from their perspective too.’

The group has invited members of the States involved in planning for the new hospital to join them on the walks, including those on the Future Hospital Scrutiny Review Panel – which is currently reviewing the Westmount Road proposals.

Peter Funk, interim chairman of the group, said: ‘Numerous people have already been up the hill with us and are surprised to see first-hand the concerns facing the proposed access of Westmount Road and the extensive destruction to land and properties planned at the top of Westmount around the proposed hospital site itself.’

The walks are being held each day – including Saturdays and Sundays – and take around an hour and a half. Anyone who would like to join one of the walks should get in touch with the organisation via friends@ournewhospital.org.je.

The proposition is due to be debated by the States Assembly during the sitting beginning on 9 February.